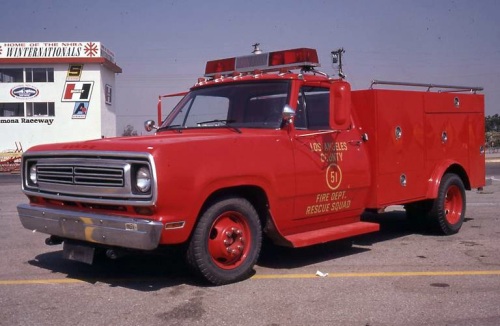 One my most interesting and powerful experiences in the rescue field happened when I was in high school.  11th grade shop class, teacher rushes out of his office, singles out two others and myself.  I’m thinking the way he yelled at us there was going to be trouble.  “Get in my office!”

We go into the office, he’s yelling about something we didn’t do.  That never happened.  As he is doing this my friends and I move into the middle part of the office as the teacher pulls chalkboards on wheels in front of the windows at each end of the office.  From outside you can’t see in.

The yelling stops and his whole disposition changes.  He tells us to have a seat, get comfortable, offers us a cigarette and starts talking.  The guy got to know us and shared what was going on with him and his wife dying of cancer.  These became regular meetings.  We’re in trouble in the classroom, in the office have a seat and a smoke.  That guy was really going through hell it’s interesting he confided in us.

We were told not to mention the office except to say how bad the experience was.  He also asked us to befriend a student who had lost his mother in a car crash during the summer break.  We already had, I recognized him from the accident.  I was on the extrication truck that responded that day.  This student I’ll call, Accuser.  We welcomed Accuser to hang out with us.  We didn’t fit in with the jocks, the preppies, druggies, none of them.

Some time passes.  Accuser starts hanging out with the druggies, skipping shop class.  It was sad to see that happen.  For several weeks I had a crush on a girl that I could see if I went the long way to my next class after shop.  From shop class it was about a 20 second walk to the exit.

I head out the door going on my way and from around the corner comes six guys after me.  One guy yelled at me to stop.  I could tell it was going to be trouble but I wasn’t going to run.  I stood and faced them.  It was one of those situations where there’s a bully guy and the followers.  One of them was Accuser.  The leader an older student I’ll call Bully was telling me how he was going to beat me up.

From the same corner of the building the guys came from out comes my shop teacher with a large piece of wood in his hand.  He rushed up to confront the other students.  It was like Buford Pusser I thought he was going to kick their asses.  Shop teacher asked me how I wanted to handle the situation.  I told him they’re dumb as shit send them back to class.  He did with a stern warning he’d come looking for them if they gave me any more trouble.

My shop teacher had been smoking outside that day and lucky for me he had overheard the plot to kick my ass.  He caught it as it was happening.  His delay in confronting them immediately was so he could get what was actually a staff from his office then see if they were really up to no good.  Once he saw they were confronting me is when he rushed in to help.

I had never interacted with Bully. Never not sure what his issue was.  Never found out.  Less than two weeks later I get called to the school principals office.  When I get there I’m asked to sit in the end seat of a ten seat boardroom table.  I do, sitting on my right are Accuser and Bully.  This is going to be interesting and fascinating as it gets.

The principal sits at the other end of the table.  He tells me the students sitting on my right are accusing me of racism.  Of being a racist.  I couldn’t believe what I was hearing. It was amazing.  I looked away from the principal, then directly at Accuser and said “Do you want to stick by that story?”  He says “Yes you’re a racist.”

Okay I said then explained how we arrived on the scene of a car crash.  How that car was wrapped around a tree with a little boy trapped inside.  The side of the car had been pushed around him, the roof inches away from his head.  His mother dead in the front seat.

How there was just enough room for me to squirrel my way in.  The other rescue workers were going to extricate while I would do what I could inside.  I applied a dressing on his forehead and covered as much of him as I could for protection with a blanket then held his hand.

Accuser sitting there, tears streaming down his cheeks.  That was you he asked?  I told him that it was me who had said that to you and held your hand. Still in disbelief someone would think that of me I asked him if he really believed I was a racist.  He said no he had made it up under pressure from the Bully.  I looked at the Bully, he had a look of shock on his face, the principal had tears in his eyes.

There was questioning by the principal.  That’s what you do he ask me about the rescue squad?  I told him yes, I didn’t care about doing anything else.  I was asked to leave the room but stay in the office area.  Shop teacher shows up at the main desk and ask what I’m doing sitting outside the principals office.  I tell him, he barges into the principals office.  About ten or fifteen minutes later I’m back in the office answering questions about the incident when they were going to beat me up.

I answered the questions and was told to return to class.  That was on a Friday, when we returned to school shop teacher said those two were in a lot more trouble than the things I knew of.  They must have been suspended because they never returned there.  The rumor was they had been sent to a boys home type place.

I’m glad I thought to write this one down.  I would have never have brought up that I was the one in the car that day with Accuser if he hadn’t said what he did.  It’s not important to me in any way that a person know I had anything to do with a treatment or rescue.  I don’t need recognition or thanks.  That kind of attention makes me uncomfortable.  My satisfaction and fulfillment comes from having participated and helped another person when they really need it.

It’s interesting how things in life happen like this experience.  I wonder how things would have tuned out if I hadn’t been at the rescue squad that day.  Racist in the car?  Not here.  -13