Update 10, Bin 1.  My plan for this bin was to remove as many roly poly as I could, add waste and leave it alone.  I was surprised to find so little of the roly poly I didn’t remove any of them.  That changed after editing the video. In the beginning part of the video while I’m away from the bin the roly polys are moving around and hiding.  After watching that I’ll remove them as planned next time I’m in the bin. 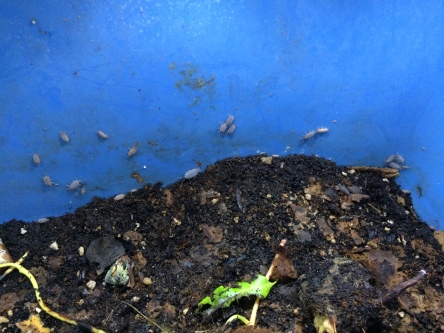 There were no roaches or odors.  Everything looked good in there.  The worms were below the surface as I usually find them when there is little waste in the bin.  Below is a short video that shows how the roly polys moved before I could see them and the conditions of the bin. -13