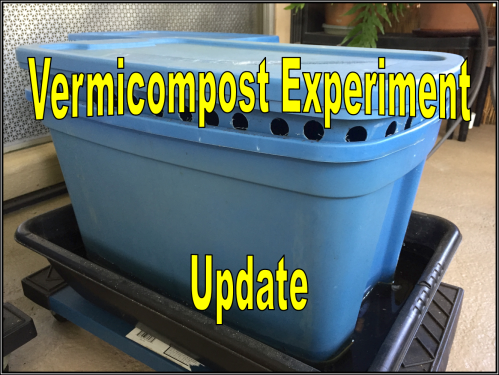 Bins 2 & 3, Update 21.  Hard to believe it’s been a month since checking the bins.  I’ve been busy catching up on projects, updating supplies and equipment.  In update 20 I had placed some pupae into a canning jar to contain them in an effort to identify them as shown in the photos below. 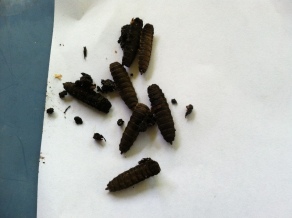 In my mind without scientific proof the photo below shows black solider flies.  Wish I had remembered them before they died.  I would have let them go to reproduce later so they could have benefited the area. 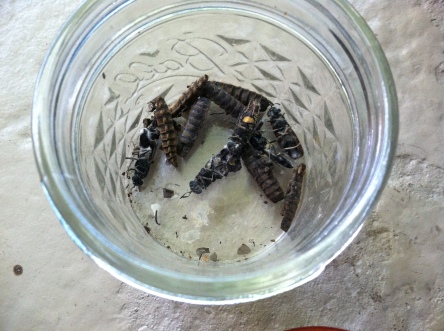 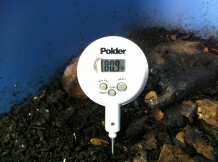 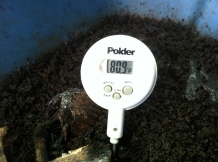 Bins 2 & 3 were in the same state.  The ambient temperature was 88º with a soil temp of 80.9º in both bins.  I forgot to look at the humidity percentage.  There were no odors or any food waste left in either bin.  There was a short break in the ambient temperature the last few weeks due to the volume of rain we had the heat is due to return with highs in the lower 90’s.  I fed the bins fresh and decomposing waste.  Also added some packing cardboard to see how that turns out.  Since the waste used to feed the worms is kept indoors and the bins are kept in a screened in porch where did those solider flies come from?  How did they get into bin 2?  -13