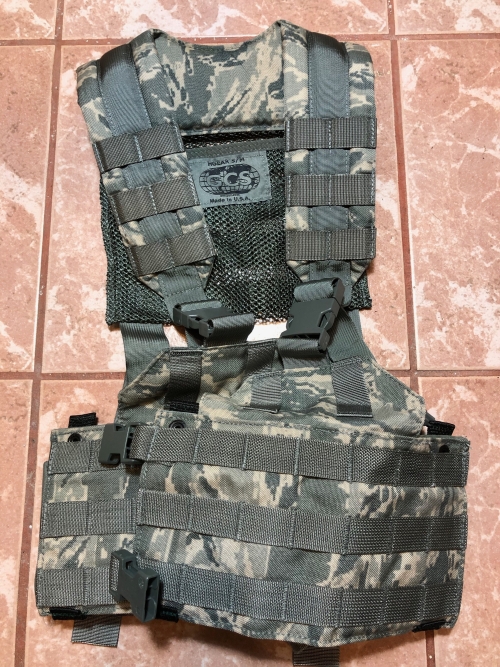 Time for some gear updates.  After switching from my old favorite ALICE LBE to MOLLE DF-LCS I experienced a couple of issues.  When using the LCS it would inch it’s way over my pants belt and push down creating discomfort.  I also noticed when in a sitting, crawling or in a prone position the rig would tend to climb toward my chest.  After thinking of a solution the only one I could think of was to attach straps that would keep the LCS from moving away from my waistline. 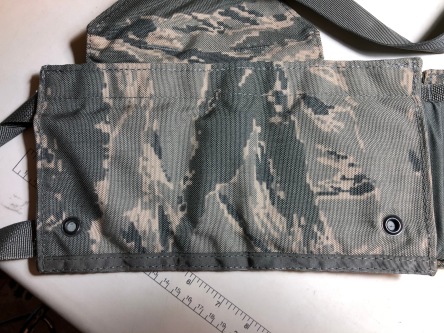 The idea came from my experience wearing a duty belt with belt keepers that were designed to hold the duty belt in line with my pants belt.  With this in mind I measured the area I wanted to place the keepers, doubled the length then added a inch and a half.  The extra length would give my fingers a place to work the snaps I intended to use.  Once I had the dimensions for the strap I cut six lengths of poly webbing, folded them in half and sewed them so the two halves would work as one. 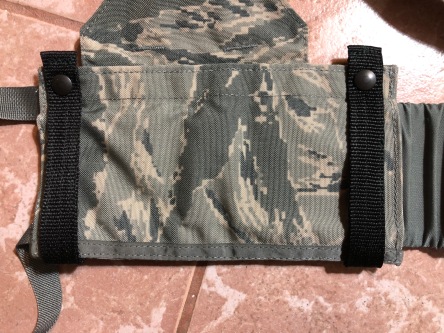 Right segment of LCS after belt keeper straps were added.

After sewing the keeper straps together they were sewn onto the three segments of the LCS.  Next the holes were punched then the snaps were added.  It was an easy project taking no more than 45-60 minutes to complete.  After testing the idea seems to work well to prevent the LCS from moving around and causing me trouble.  The LCS rig still has some movement/flexibility however it won’t move away from my waistline.  I made a short video, the link is below. 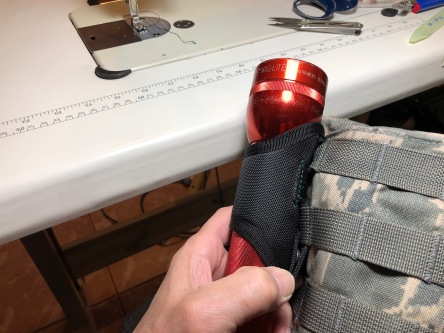 I also modified what was labeled as a MOLLE flashlight holster to meet PALS specifications so I could attach it to my quick response belt.  The holster had the vertical snap strap but did not have the ladder webbing.  To fix this issue I removed the belt loop strap, opened the sewn seam to join the holster, added the new ladder section, then sewed the piece back together.  Time spent was about a half hour.  I made a how-I-did-it video the link its below.  -13